Our goal is to provide you with the finest quality in medical spine care and help you return to an active lifestyle as quickly as possible.

BOARD CERTIFICATION:
American Board of Anesthesiology, April 1986 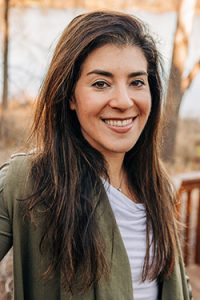 Lauren Eichenbaum, MD is a board-certified specialist who provides nonsurgical options for patients with back, hip, knee pain, and other musculoskeletal ailments. She has additional expertise in Botox for chronic migraines and cervical dystonia.

Dr. Eichenbaum trained at Stanford University (Stanford, Ca), and The Icahn school of medicine, Mount Sinai (New York, NY), is published in the medical literature and is board certified by the American Board of Physical Medicine and Rehabilitation.

Lauren Eichenbaum, M.D. was born and raised in the Detroit area. She completed her residency training at both Mount Sinai and Stanford in Physical Medicine and Rehabilitation. Currently, her focus is on the diagnostic and therapeutic management of musculoskeletal disorders, with a special interest in spine disorders and Botox treatments for chronic migraines and cervical dystonia.